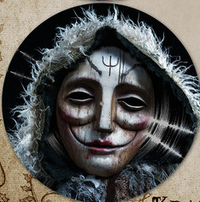 Gluggagægir, also known as Window-Peeper, is a supporting antagonist of the Christmas comedy-horror film Krampus and is portrayed by Clare Odell. It is one of Krampus's Dark Elves that arrives to rescue Der Klown near the film's climax. Gluggagægir's mask resembles a smiling old woman. This makes her/he the spy for krampus and his victims.

Gluggagægir, just like its partners, takes gleeful pride in carrying out the wishes of its master, Krampus. 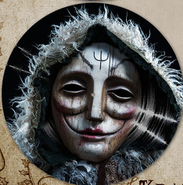