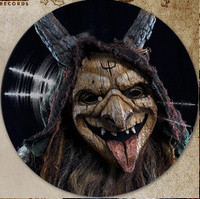 Stekkjarstaur, also known as Sheep Harasser, is a supporting antagonist of the Christmas comedy-horror film Krampus and is portrayed by Gareth Ruck. It is one of Krampus's Dark Elves that arrives to rescue Der Klown near the film's climax. Stekkjarstaur's mask resembles a demonic creature with horns and a flailing tongue. He makes the fighter/harasser for Krampus.

Stekkjarstaur, just like its partners, takes gleeful pride in carrying out the wishes of its master, Krampus.

Stekkjarstaur is named after the ogre "Yüle-Lad" of the same name from Icelandic winter celebrations. His name means "Sheep-Cote Clod" and he is affiliated with the date of December 12th. He is affiliated with harassing people's sheep but is also hindered by having peg-legs. 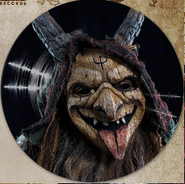